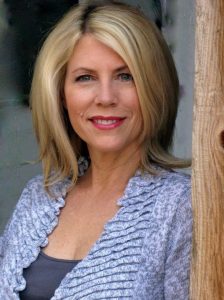 I pursued my dream in acting on my late twenties but life put my dreams on hold. I decided to get back into the game in my early forties and attended the Actors Expo. I stopped by Bull Coopers booth and so glad I did. I think I took almost all of Bill Coopers Classes! Then retook my favorites AGAIN! From the beginning, Bill was so patient and encouraging. Not only did I learn different aspects of acting that I needed but I met so many actors who are my dear friends still! Bill doesn’t just teach. He mentors and introduces his students to directors, producers, and more! I am now in Los Angeles for the last five years. It took hard work and determination but I just finished a feature with Danny Trejo & Jesse Metcalfe and have a tiny role in a big comedy “How to be a Latin Liver” starring Rob Lowe, Kirsten Bell, Salma Hayek and more. I have done so many fun projects in Los Angeles. It all stemmed back to meeting Bill at the expo. I highly recommend his classes!!
← Noah GilletteSedrick Halbert →